The distributional maps are derived from the database of the Department for Environment and Water (DEW) and the Atlas of Living Australia (ALA). They include specimen data from the South Australian Museum and other Australian public collections, and sight records from Biological Database of South Australia (BDBSA), BirdLife Australia and Birds SA.

They have been extensively scrutinised in order to eliminate incorrect or unsubstantiated identifications and errors of data entry. This has been undertaken over several years by members of Birds SA Rarities and Distribution Subcommittee (Andrew Black, Chair, Graham Carpenter and Lynn Pedler) and for Museum records by Philippa Horton and Brian Blaylock. The authors further reviewed records of Passerines from October 2018 and of non-Passerines from September 2019. Colin Rogers and John Hatch reviewed all seabird and shorebird records. Thanks are offered to Stuart Hull for providing access to the large seabird database of pelagic records out of Port MacDonnell between 2003 and the present.

Sight records from beyond the usual range of a species are shown on the map only if adequate corroborative evidence has been obtained; otherwise they are retained as unconfirmed but are not shown. In instances of difficult field identification, such as between crows and ravens (Corvus spp.) and Brown Acanthiza pusilla and Inland A. apicalis Thornbills, some relatively arbitrary decisions have been necessary. Other species show seasonal or irregular dispersive movements that are not yet reliably established. Finally, many valid records are known that are missing from the databases accessed and their inclusion is planned for future updates.

The maps indicate where each species might be encountered but on occasion any bird may be found well outside its known range. Observers are encouraged to provide Birds SA with any such report, giving locality and date, a detailed description and photographs if possible. Use of Birds SA’s Rare Bird Record Report Form is encouraged. Any new record can be added when maps are amended.

Taxonomy and Nomenclature generally follow A Field List of the Birds of South Australia #5.1, with changes as shown in IOC World Bird Names # 10.1, Gill and Donsker 2020.

The invaluable assistance of Helen Owens and Meg Robertson (DEW) is gratefully acknowledged. 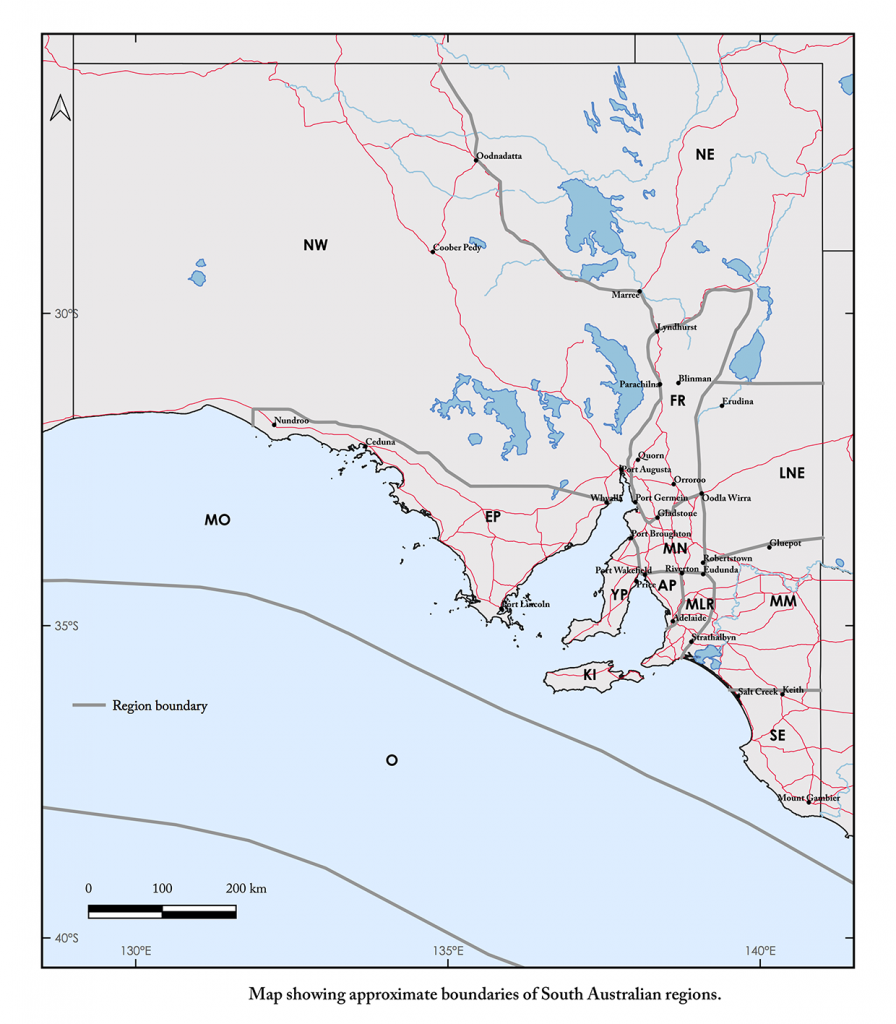